In 2019 Denmark hosted the Euro-African Championships in Spearfishing.

The event took place in 5.-9. September based in Svendborg and competition ares at Langeland (men and women) and Nyborg (women) and Sprogø (men).

Only 1 day was officially counting

Due the loss of portugues athlete Matthias Sandeck and the cancellation of the second days competion only the results from day1 (Langeland) was taken to account. Here you can read the results.

The Results of the European Championships 2019

The results are from 1 day of diving.

The men dived in Lytteposten and 10km North. Within the are is a wreck at 14 meters. 8 spearfishers went there to shoot fish. The italian came out the most succesful of that expedition with 4 cods (swimming 1,5 km from shore in current). Oscar Cervantes was catching 5 cods and proved most succesfull this day.

The women dived at the southern tip of Langeland.

This is an area known for big flatfish and also cods. The weather was terrible the day of the competition so a lot of the competitors where challenged and seasick. Majbritt from Denmak, accoustumed to these condititions, did well and catched a cod with her speargun and several flatfish in different species and won the competition. 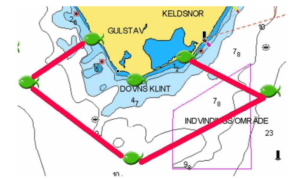 The accident of the second day

What is known is that 8 spearfishers was diving at the pylon at 25 meters of depth in challenging conditions. Cold water, strong currents pushing up and down and only 1 meters visibility and totally black at the bottom.

After a diver was reported missing safety divers and athletes started to search and the competition was cancelled. Matthias Sandeck was found approximately 15 meters from the pylon and brought to the surface, taken to a rescue boat and directly to the helicopter. Unfortunately he didnt survive.

Official press release from CMAS regarding the death of Matthias Sanddeck

Stories from the Danish competition

Danish team (Thomas, Johan and Morten) was well prepared, but not as prepared as the spanish team and the italian team who had been scouting and scanning the areas very well and knew many stones, caves and spots that they still are the only ones to know. Italia was team number 1 and Spain number 2.

Turkish team didnot re-find any of the fish they had found the in the scouting days, but they still managed to find good fish and ended up ranking number 3.

The finnish team (ranking number 4) know the area very well from many nordic championships and especially Matti and Kimmi have been through the areas many many times.

The Portugal Team had not been able to do scouting due to lack of funds, but Jody Lot found a free swimming cod in the surface (this never happen) and shot in when it dived for the bottom.

One Algerian guy had not been able to prepare at all so he just swam straight out and dived at 15 meters of depth, landing a lot of flounders and plaice – and even cods. Well done!

Available podcasts (in danish) from the competetion: